One Geographic Region: The Middle East

​OGR is a program at NECC that unites the college through a shared investigation of a region’s peoples, nations, religions, and cultures across curricular and co-curricular activities to promote inclusivity, global awareness, and intercultural knowledge.​ 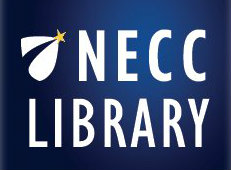 What Countries Constitute the Middle East? "Northern Africa and the Middle East (Political)" by the Central Intelligence Agency from the Perry-Castañeda Library Map Collection.

The Middle East is usually defined as the countries surrounding the southern and eastern shores of the Mediterranean Sea but the term is somewhat fluid.  By the middle of the 20th century the following countries were usually considered to be in the Middle East: Turkey, Cyprus, Syria, Lebanon, Iraq, Iran, Israel, the West Bank, the Gaza Strip, Jordan, Egypt, Sudan, Libya, Saudi Arabia, Kuwait, Yemen, Oman, Bahrain, Qatar, and the United Arab Emirates.  Three North African countries - Tunisia, Algeria, and Morocco- are often spoken of as being part of the Middle East because of their close connection to the Arab states. Frequently statesman and others speak of Pakistan and Afghanistan as being part of the Middle East, as well.

The term "Middle East" continues to be unsettled but for the One Geographical Region program, we will consider all of the above countries to be part of the region.

Click on the links below to access data related to the Middle East. Use the tabs housed underneath this one to locate further information on specific topics.